FLOW announced The Arrival Tour, a series of live performances in select cities, including a kick-off at The New Orleans Jazz Museum on May 10, 2018 at 8 pm.  Simultaneously, the group is nominated for two key Zone Music Reporter Awards (“Album of the Year” and “Best Contemporary Instrumental Album”) and two International Music Awards (IMAs) including “Best New Age Album” and “Best New Age Song” for their self-titled track “Flow.”

Audiences can experience a dynamic new era of music with FLOW, a fresh ensemble comprised of four innovative, critically-acclaimed and highly-awarded independent artists: legendary GRAMMY®-winning guitarist Will Ackerman, pianist/singer Fiona Joy, acoustic guitarist Lawrence Blatt and trumpet and flugelhorn player Jeff Oster. The group debuted live to a sold-out crowd at Carnegie’s Weill Hall last October 2017 and is slated to perform May 10, 2018 at The New Orleans Jazz Museum, and at the 14th Annual Zone Music (ZMR) Awards at Roussel Hall in New Orleans on May 12th, before commencing on their West Coast dates including Seattle, Novato, CA and Los Angeles’ famed GRAMMY® Museum. https://www.flowthegroup.com/thearrivaltour/

Recently released on guitarist/producer Blatt’s label LMB Music, it was his passion for jazz fusion that sparked the idea of an ensemble. “The inspiration comes from Chick Corea’s classic ’70s all-star band Return To Forever with Stanley Clarke and Al Di Meola, who joined forces, wrote music and produced a sound that was more powerful than any of their individual works,” he says. “That was the idea, bringing great musicians together with this kind of concept,” he adds. “When I started thinking about who it might be, my thoughts turned naturally to Jeff and Fiona. We knew pretty quickly that this was going to develop into something.” More insights are available in a recent AXS interview with Ackerman and Blatt (https://www.axs.com/interview-flow-s-will-ackerman-and-lawrence-blatt-discuss-working-toge-128578)

Michael Foster of Ambient Visions reviewed FLOW’s debut performance writing, “Their relaxed nature onstage and the quality of the music they produced did not speak of artists being thrown together simply to create a ‘supergroup’ but rather it showed individual artists who had gravitated towards one another and shared a unified vision of what they were coming together to accomplish with the music that was pouring out of each of them.” Foster’s full review can be accessed at http://ambientvisions.com/flowconcert.htm. 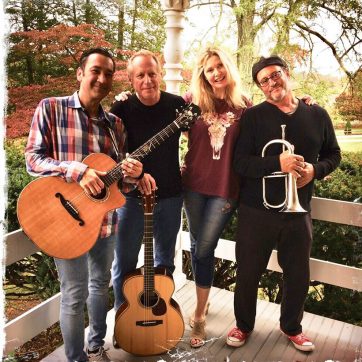 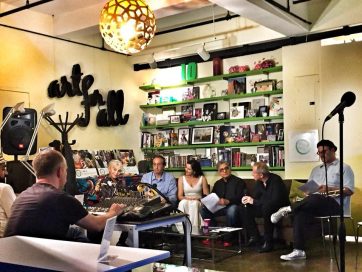 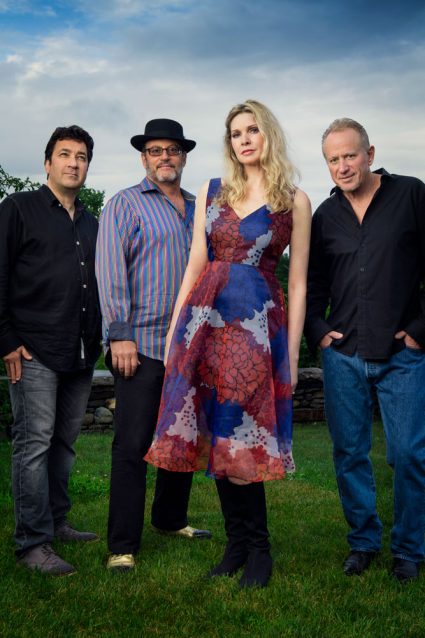 As solo artists, Fiona, Blatt, Oster and Ackerman have all won or been nominated for ZMR Awards earlier in their careers. In addition to Ackerman’s Grammy, they’ve also earned recognition at the IMAs, HMMAs, IAMAs, Arias, and a catalog full of #1 albums in the Contemporary Instrumental Music genre. FLOW plans to follow their ZMR Awards appearance with The Arrival Tour in May, a new performance video, and a follow-up album.

All dates, locations and ticketing